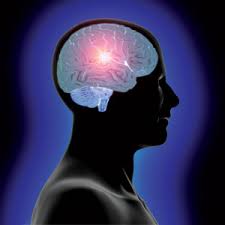 Today’s post is going to be a bit different. Instead of sports that you love and know like football, hockey, basketball, baseball, and the like; we’re talking smarts.

If you are from the Miami Valley, there is a show on Channel 7 called “High Q”. Two local high schools (whoever falls into the viewing area of Channel 7, which is almost all of the Miami Valley) would send four of their students to come into the studio and battle over who knows the most. During the show, there’s four rounds and points are given out for each correct answer. The team who was the most points wins (just like sports! [except for golf]) and faces off against another winner. More rules can be found here at the station’s website.

A little history can be found here, including who has won the High Q championship in the past. There are a few three-time champions, including Carroll High School, Tippecanoe (in Tipp City), and Beavercreek. Other schools winning the championship including Miamisburg in the second season back in 1995, Russia (pronounced Roo-sha), Northmont HS which won the debut season back in 1993, Celina HS, and Miami Valley High School (located near Centerville, West Carrollton, and Kettering.)

Over 500 episodes have been made since 1993, with nearly $100,000 given out to scholarships. This is Dayton’s only game show produced locally.

Well, that’s great and all. What does this have to do with sports? Good question.

In sports, you always need to be one step ahead of your opponent. You need to think of plays, you need to avoid the sack, you need to calculate your aim to the basket, and you need to think where the next flyball will turn up. We, as sportscasters or spectators, always talk about the athletic capabilities of a player but never the decisions made by the players. It is important to have the capabilities to be able to have the strength and stamina to be able to do those, but a little sports IQ goes a long way.

This also goes for the fans. Granted, you don’t really have to do any physical activity (unless you count “get out of seat”) but it should be common sense to not start talking trash to fans of other teams. If you look at this video, you will see a Dolphins fan sitting by numerous Raider fans. When the opposing fan starts talking trash about the home team, the fans ask him to leave. When the unwelcomed guest continues to run his mouth. Eventually, there are punches thrown. It’s not clear if the Dolphin fan threw the first punch or not, but the visitor got knocked two rows down from where he once stood. My point is that you should enough smarts not to provoke those around you. If you do sit with the opposing team, at least remember to talk neutral about your teams or just keep quiet. You should have enough brainpower to understand how fans work and not talking trash. Also, please remember not to fight over shoes and fall through a tarp (yes, the video is here too.)

I should mention, you sometimes hear stories about athletes getting in trouble. Wherever it’s shooting yourself in the foot, riding a motorcycle without a helmet and crashing, or driving a boat while you’re intoxicated, athletes do stupid things too that are against the law.

Brains are the reason we can function as humans. Athletes make decisions on what they want to do in the sport and fans need to them to see the action and interact with one another. Some athletes in college do pull down scholarships because of their amazing talent on and off the field.