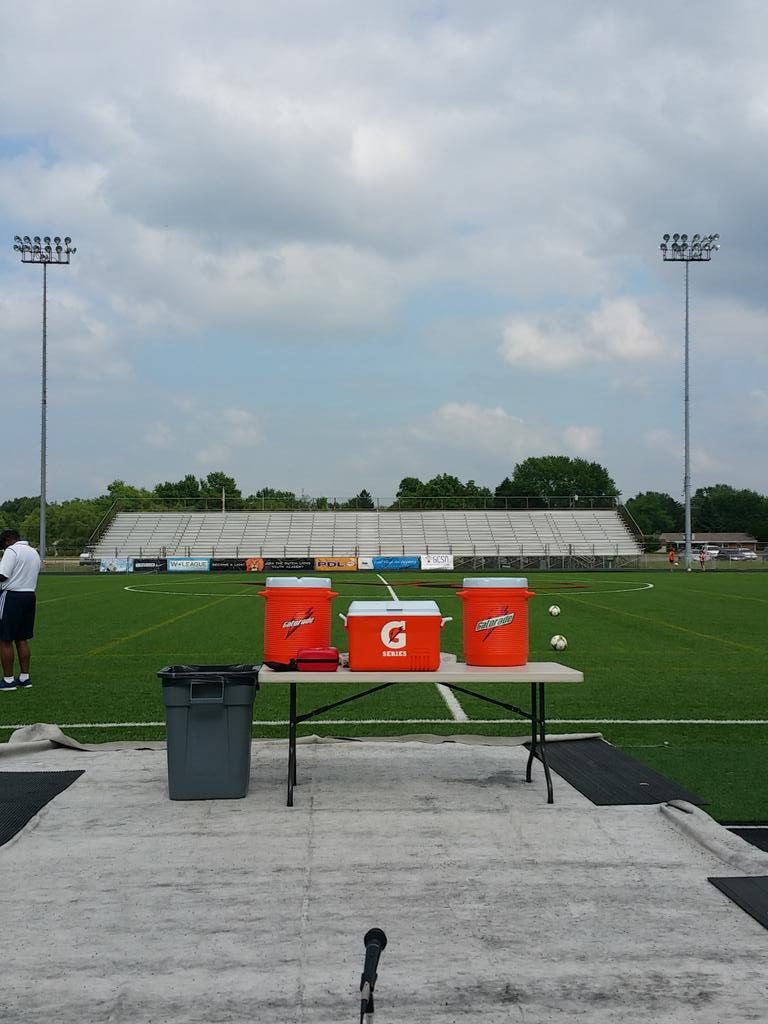 For the past two summers, I’ve been the voice of the Dutch Lions soccer programs in Southwest Ohio. This year, I’ve had the call of the Dayton and Cincinnati Premier Development League teams, as well as the Dayton W-League squad on the Gem City Sports Network (all archives are located here if you’d like to take a listen.) Today, I’d like to share with you my experiences for the 2015 season.

This season, I’ve called every game from Dayton on the track level of DOC Stadium (a new press box was being built during the season) and between the benches of Xavier University’s Corcoran Field. I was also switching from broadcasting on a video feed to audio-only, making my describing nature come out in full force.

For the first time since 2010, the Dayton Dutch Lions were in the PDL (they’ve been a member of the USL PRO level [now simply USL] from that season until now.) Cincinnati was coming off a successful first year, almost clinching a playoff spot in the South Atlantic Division. The Dayton W-League team were looking to bounce back from a tough 2014 season.

All three teams were packed with talent, with a majority of players coming from local colleges. Dayton, Wright State, Cincinnati, Xavier, Northwestern Ohio, and others were represented on all three teams. As a local Daytonian who now works for two colleges, it’s fantastic to see these athletes stay close and play the sport they love in the off-season.

The Cincinnati Dutch Lions were the lone team of the three to make the playoffs, and they have a date in Charlotte on July 21st. The Eagles went 3-0-0 against Cincinnati on the season, finishing an impressive 10-0-4 in their first season in the PDL (also a former USL PRO member, now in the PDL.) The Dayton Dutch Lions finished 3-9-2, and the W-League Dutch Lions ended the year 7-4-1, just out of reach of a playoff spot.

I enjoyed my time broadcasting the Dutch Lions this season, and I certainly hope the folks that tuned in over the season did too. I appreciate the coaches for their time after the game, recapping the match. I just appreciate my time broadcasting another season in Dayton and Cincinnati. Luckily, I don’t have too much longer to watch for more soccer, as the college seasons begin next month. Broadcasting soccer is a treat for me, watching the action take its course on the pitch.

I hope you friends, followers, and readers are ready for my experiences working for two universities soon! Mid-August: it begins again.