END_OF_DOCUMENT_TOKEN_TO_BE_REPLACED

Just the other day, I had the chance to broadcast from the campus of Miami University-Hamilton Branch. While this might sound like just another day in the office, it was special because of the fact it was for a trophy (my first call with a special prize at the end of the game.)

END_OF_DOCUMENT_TOKEN_TO_BE_REPLACED 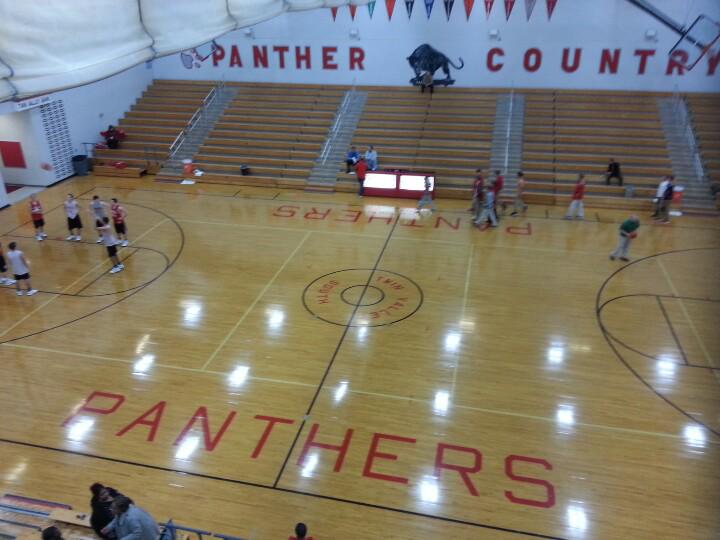 I’m back with another experience post. As the High School Basketball season has returned to the State of Ohio, my broadcasts began in a place where I have called home for a majority of my life: West Alexandria.

END_OF_DOCUMENT_TOKEN_TO_BE_REPLACED 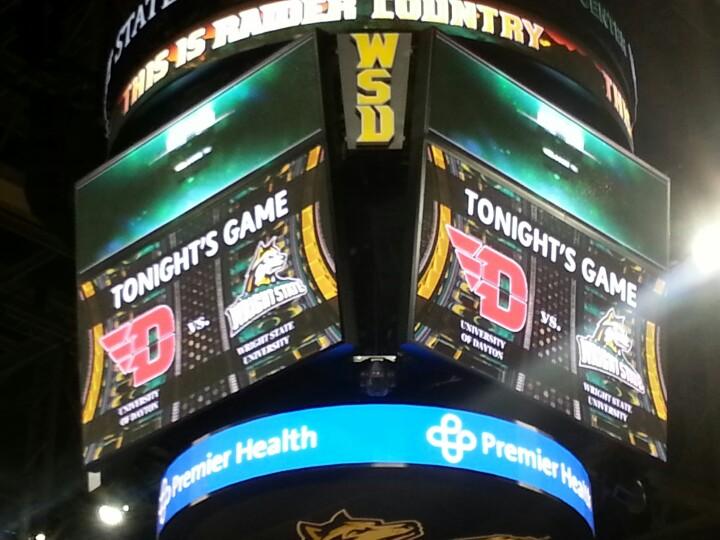 For the first time in a long time, I’d like to talk about an experience I had at a sporting event. This one is at a special place near and dear to me, with two teams that I’d be involved with.

END_OF_DOCUMENT_TOKEN_TO_BE_REPLACED

A few days fresh of my last home broadcast in Richmond, Indiana, I like to tell you what I saw for the 2013 season.

It was the fifth season of existence for the RiverRats, a summer collegiate team that calls Don McBride Stadium home. The organization had something fun planned out for every home game this season, just like the previous four years. After thirty games, the ‘Rats welcomed in nearly 26,000 for the season.

Opening Day 2013 took place in Northern Ohio, with the Lorain County Ironmen hosting Richmond. After a season-opening series split, Richmond came home to welcome in another Ohio team, the Chillicothe Paints. While the first game required extras, the ‘Rats were able to sweep their first opponent at home. Richmond went 4-2 in their first six home games, splitting with the Butler BlueSox and the West Virginia Miners.

The RiverRats would close out June with a 13-17 record, coming home for six straight home contests. To start July, the RiverRats went 2-8 in their first ten games, including a 1-5 homestand. The ‘Rats would bounce back after that homestand, going 10-14 in their last twenty-six games with some very close games.

After the final out in West Virginia, the RiverRats finished 24-36. Seventeen of those wins happened at McBride Stadium, while the ‘Rats were only 7-23 away from Richmond.

As a team, the ‘Rats batted .257 and had an ERA of 4.40. Leading the offense was DePauw Tiger Robbie Stein, batting .303 in 231 at-bats (with eight doubles, two triples, and one home run.) Berea College Mountaineer Ryan Akins had five home runs to lead the team, with Ohio State Buckeye Jacob Bosiokovic leading the team with 31 RBIs. On the pitching spectrum, it would be Ole Miss Rebel Scott Ashford leading the team in appearances with twenty-four on the season (all in relief.) Indiana Wesleyan Wildcat Shane Bryant had the most wins with five (finished 5-4 after ten starts and three relief appearances.) Trey Garrett (Rend Lake College) lead the team with five saves.

Numbers and wins aren’t everything, folks. The team improved from the slumps and worked around the injury bug. While it was a team of about eight everyday players, it was a talented bunch of ball players.  These players will head back to their college baseball teams, with improved skills and a collection of memories of their experiences in Richmond, Indiana, Wayne County, U.S. of A. I wish every RiverRat the best in the future!

Debuting for the first time in 2013 were gold jerseys for the ‘Rats. These were wore about 4/5ths of the home games, with the white and navy sets used sparingly.  The gold tops were combined with navy letters/numbers with a white trim. Personally, I liked the gold jerseys. I believe gold hats were also introduced for the first time, too.

In this 2013 season, I have seen two reviews on McBride Stadium. One is from The Sports Traveler, who made the trip for the June 15th match vs. West Virginia. The other is from Stadium Journey, which the review doesn’t specify when the visit was (but I believe this was the first portion of the season.) Both of these are positive reviews but very good reads on the old ballpark.

As a second-year broadcaster with the Richmond RiverRats, I feel like I improved greatly in terms of baseball commentary. I learned that not every second must be filled with my voice. I learned to relax and flow with the pace of the game. I improved my game during those thirty games.

I worked with amazing folks and I met some great people as they made their way up into the small press box. I had a lot of help from the Media Relations Intern, who would join me for two games on-air. He helped out with game notes and was the guy who done a lot of jobs in the press box during game time.Hopefully, I’ll be back for the 2014 season enjoying another season in Richmond, Indiana. I also spent some time talking with Josh and Jesus from the Pal-Item about various sports in Eastern Indiana; great guys.

With the books shut on the 2013 season in Richmond, time to focus on what’s next in my career. Next stop: Back to the University of Dayton as the Public Address Announcer for the soccer teams. This career never stops, but why would I want it to?

Wow, how one month flies. Sorry for the silence once again, but it’s been a good month for sports. I’ve called two playoff series, a conference championship, and a couple of arena football games. There’s also a new job for me this Spring.

Yes, ladies and gentlemen. I am a Public Address Announcer for the Dayton Flyers baseball team.

Now why on earth would I think this would be interesting to talk about? There’s a few reasons.

1) I like talking about new opportunities for myself. That sounds so much like a vague statement, but I feel blessed for everything new chance to prove myself.

2) I often think how cool it is for a graduate of a rival college to have this job. Does it mean anything? No, not really. It doesn’t matter where you graduated from if you work your hardest. I just get a kick out of it (and so do some of the Flyer staff, even having one telling me that I’m on waivers.)

3) This is a great job to have. It’s a great, laid-back environment, and I feel accepted into the group. I get to work with great people each game. I also have talked with a few Flyer fans at the baseball games, and they have compliment me on my work.

In case you’re not familiar with the Dayton Flyers, they are a NCAA Division I school that call the Atlantic 10 their conference. This is the same conference where Virginia Commonwealth and Butler jumped to last year, and the same where Butler and Xavier are departing for the new Big East. (In case you didn’t hear, George Mason is coming to the A10 now.)

The Flyers call Time Warner Cable Stadium their home, right at the corner of Interstate 75 and Edwin C. Moses Boulevard. It’s a nice stadium, with a good size press box and also a luxury suite next door. The seating is concentrated behind home plate, between the dugouts. There is a nice grass patch between the home dugout and the indoor batting cages.

As of March 26th, I have done nine games so far.

I am incredibly blessed to have this job and grateful for the connection that I have for this job. One thing I didn’t mention is how I got the job. One of my friends that I work with at the Dragons, Scott, also works at UD. He heard that the Flyers needed a PA Announcer, and the rest was history.

I’m incredibly lucky to have this job. I wanted to share with the world (again) about my new job. What will this lead to? Only time will tell.

Today I’d like to share with you an organization that’s been in the Dayton area for a while and recently made the news on a big purchase. This organization is the Dayton Raiders.

The Dayton Raiders have been in the area since 1981 (actually longer than that if you count the Dayton Dolphins and the Wright State Raiders, which you can read the entire history here.) It’s an organization for younger people who would like to train and receive coaching all year long.

Recently, the Raiders bought the Beavercreek YMCA for a training site starting this May. While the Y off of Grange Hall Road will still close, the community programs will stay and the Raiders will use this pool to train. For the 2012-2013 season, the home meets are at Wright State University (the pool’s right next to the bookstore.)

The Raiders have won a lot of awards and accomplished a lot of records  as a team, including breaking the American record for the 200 backstroke in short course meters, three Raiders winning U.S. Juniors National Championships, several hundred representatives in the Ohio High School State Championships, and many Raider reps went on to swim on the collegiate levels (including Wright State University.)

There’s also opportunities for people interested in helping out the team. The Raiders use a volunteer point system, to make sure everyone chips into the team.

The 2012 senior class of the Raiders include many reps from Centerville and Beavercreek High Schools, as well as a few reps from Yellow Springs, Miamisburg, Vandalia-Butler, Oakwood, Northridge, Tippecanoe, and Fenwick High Schools. These seniors have decided to go to college, including one to Wright State.

While never a rep of this swimming organization, I’ve seen a plentiful amount of Dayton Raiders gear since I was a kid. I saw a lot more of this in college, and I always wanted to ask what the Dayton Raiders were (I knew it wasn’t college related, since UD is the Flyers.) Turns out, it’s a big organization reaching out to the Miami Valley for swimming.

If you’re in the area and want to give your kids a chance to learn swimming, give the Dayton Raiders a shot!