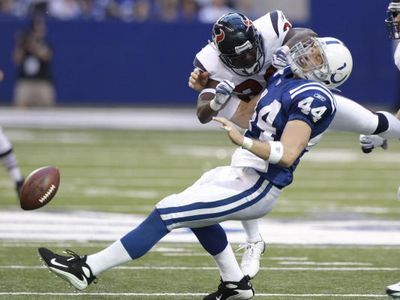 Most football fans engage in playing Fantasy Football. It’s a fun way to watch the season and claim bragging rights with each victory.

If you’re not in the know, Fantasy Football is based on you owning a team of players. You pick the quarterback, some running backs, some wide receivers, a few kickers, a couple of tight ends, and a defense or two (at least, that’s how the league works that I’m in.) Points are then given out based on yardage, touchdowns, fumbles, and length of kicks. I’m pretty sure the bulk of you know how to play this, but it was just a brief introduction to those that haven’t.

What about when players are unable to play due to injuries, trades, emergencies, or suspensions? While it’s annoying to have to either kick them off the fantasy team or bench them for someone you hope will get you just as many points, but do Fantasy Football players think about the player themselves?

Look, I know some critics think that paying millions of dollars for one athlete is too much (I might or might not be in the same boat.) Remember though, athletes are humans, too. Just because you need them to score your made-up points doesn’t mean they will. If they’re hurt, don’t tweet them asking them to just tough it out so you can beat your boss in a game that bears no real reward other than nudging rights. No, that’s not how life works.

To wrap up this post, don’t be insensitive to athletes being injured or taking a quick leave because there’s been a family emergency. Getting cut or released is also a bit saddening to deal with too. In short: things happen to people, athletes included.